How to Prepare for a New Baby joining the Family 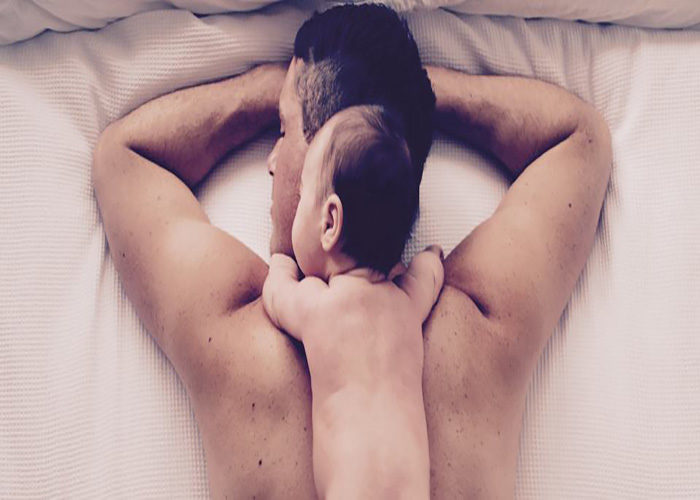 In the first three months, newborns don’t want to be down the hall or even in another room. They want to be in reaching distance at all times. They are not controlling you, manipulating you or trying to freak you out. They don’t want to be scheduled or ‘independent’

They are completely dependent on you for their every need. They are fully aware people stuck in bodies they cant control. That is probably really scary at times.

Attending to every one of their needs is establishing a lifelong emotional foundation.

It is your responsibility much before they arrive in your arms to put support systems in place so you are also cared for while doing the momentous job of caring for every single need of the little one who has travelled all the way from other universe to join your family.

I am so grateful for the wide body of research that is beginning to surface requiring us to take another look at this disconnected way we have been encouraged to parent in recent times.

Some very key emotional learning for children happens in the very first three months of life.

This poem is a wonderful inspiration of connecting parenthood and newborn development:

Fatherhood at its Best

A man loving himself and his future children enough to heal himself of his past wounds before he chooses a woman to conceive with.

A man nourishing himself by choosing a good woman and committing to a consciously-loving relationship into which to warmly welcome wished-for children.

A man nourishing his woman by speaking total truth, by taking 100% responsibility for his reality, by supporting her highest good as well as his own, by co-creating equally with her the safe nest of home and family.

A man who tells his 8-month pregnant wife how beautiful she is.

A man who creates lullabies to sing to his baby in the womb.

A man who also wants a home birth with a midwife and is completely present during the labor and delivery.

A man who protects children, male and female, from genital mutilation and sexual abuse.

A man who chooses to work half-time so he can parent half-time.

A man who changes all the diapers.

A man who dispenses with diapers and becomes the Permanent Pooper Scooper for as many years as it takes.

A man who loves skin-to-skin contact with his babies.

A man who welcomes a family bed.

A man who carries his baby in a Snuggli or a Gerry-pack.

A man who plays the piano with one hand while holding his baby with the other.

A man who kills his television and reads his children stories.

A man who wrestles with his children and always lets them win.

A man who coaches coed sports teams for his children and, when they ask who won, tells them that whoever had fun won.

A man who creates an alternative schooling for children who need it.

A man who will gladly teach and gladly learn.

A man who listens.

A man who says it’s okay to cry, or be afraid, or angry, or excited.

A man who can cry, be afraid, and be angry without violence or blaming.

A man who knows that he is the caretaker of Divine Souls who come “trailing clouds of glory” from God who is their home.

A man who celebrates his children’s differences from him and encourages them to become whoever and whatever they wish to become.

A man who, when the time comes, can let the birds fly the nest and bless them on their way out into the global family.

A man who fathers all children and weeps for the fatherless.

These images are true and real.

Such fathers are now among us.

Bless them and their fatherhood!

Here is a wonderfully useful article about how your newborn will benefit from baby massages.