Childbirth Education Classes: An Absolute Must

Summer Time at Love Based Birth 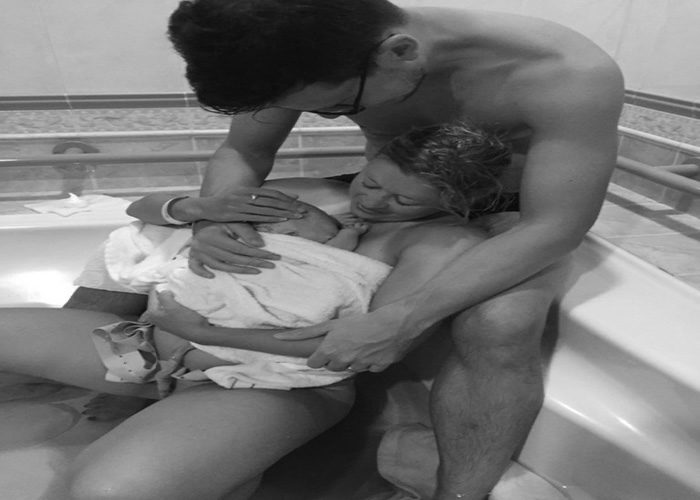 Recently, we were informed by one of our students about the water birth stories of Alex.  I love these birth stories: especially when they tell a story of a couple who do a fabulous job of taking responsibility and owning the process.

This is the story of Jasmine, Paul and baby Alex who attending the May series of Love Based Birth birth preparation classes.

When you read their story notice how well they ticked the TIPS areas:

These 4 steps are key to positive birth outcomes and a big part of my teaching in Love Based Birth birth preparation classes. You can find out more about joining an upcoming class here.

A few weeks before birth, mamma Jasmine and papa Paul shared with me their top learning from attending the classes which included:

I am so happy for you three, huge congratulations on your beautiful love based birth!

At 1am on Tuesday, July 5th, I got up to go to the bathroom and my back was hurting so badly I came back to bed crying, at which point my husband got our wheat bag ready and put it on my back.

At 3am, it happened again… I just assumed this was what the last month of pregnancy would be like [our due date was exactly a month away].

At 5am I got up to go the bathroom and water came gushing out. I started running to the bathroom, worried that maybe something was seriously wrong (I obviously couldn’t see because it was 5am and the lights weren’t on). I turned on the lights and woke up my husband. I told him what had happened and that he’d probably be okay to go to work as after the release of water it can generally be a day or two before everything starts…but we’d see what happens with time.

We tried to shut the lights out but lying there the surges got too strong. I was really uncomfortable.

At 5:30am they were full on, every 5 minutes; we were timing. In a panic, my husband sent a text to Red. She asked if our waters were clear (which they were), so we were good to go, nothing to panic too much over. Then he called our doula, who said we should think about going into the hospital, just to be safe. We said we wanted to wait a little bit because we didn’t want to get stuck at the hospital (if I was only a few cm dilated).

At 7am we pulled out the exercise ball and I went on it in the shower where my husband rubbed my back and pressed on my hips to relieve the pain. At 8am, the pain increased, so we called our doula again, who could hear my cries and said it was time to go, that she would meet us there. So, my husband packed our ‘to go’ bag (yes it wasn’t packed because we were a month early!!) while I clung to his arm and walked through my surges, then called the taxi.

I found walking through surges much more helpful than anything else. There was more to focus on than just the surge.  His arm and his touch throughout really helped too. He was so loving throughout it. I couldn’t have asked for a better partner.

It took a bit to get down the lift and into our taxi. I had a surge just before we hopped in. The taxi uncle was terrified, “are you sure you shouldn’t call an ambulance?” he said. My husband laughed.

At 8:30, we arrived at NUH and walked up to the 2nd floor. It took quite a while but I didn’t want to be stuck sitting in a wheel chair, where it would cause a lot of pain. Walking was the best thing. Every 10 steps, we had to stop or walk even slower however until my surge was over, which admittedly I was trying to breathe through, but was having a tough time. The hospital was cold and that didn’t help.

Once we got to our room the nurses told us we needed to wait for our doctor, so they checked how far along I was…9cm!!!

They asked me to get on the bed to wait for the doctor. My husband politely said no, we don’t want the bed, it’s not in our plan.

So, they got the exercise ball for me.

When the doctor arrived, he said everything looks good, so they turned on the water, dimmed the lights, turned the music on and my husband and I hopped into the birthing tub.

An hour and a half later, Alexander was born; 2.855kg and 49cm long, after just under 6hrs of labour.  It was so much better in the water, although of course still painful. I couldn’t get into enough of a state of meditation for it to not hurt. But holding on to my husband while he pressed my hips, gave me kisses, cold water and coconut water and my doula ran hot water over my back really helped!

I can’t thank them enough for just being there to help everything go exactly the way we planned; in the water, no pain relief, no tearing in the end, and my beautiful baby boy in my hands right away!

It was perfect! Thanks again Red!